American inventor and film pioneer, Charles Francis Jenkins, hypothesised that the combination of coloured lights and film could ‘wonderfully enhance the beauty of the moving pictures’ (1). Jenkins posited that chromatic rings may be painted onto lantern-slides and projected through an additional lantern, alongside the cinematograph, so that they enveloped the moving images on the screen. This had a physiological function, in addition to an aesthetic one. Jenkins argued that such chromatic rings mitigated deficiencies of early film projectors by providing a steady frame for the jumping and stuttering moving images. Despite hyperbolic rhetoric published in the mainstream press about the realism of film, early exhibitions were notorious for the headache-inducing effects they had on audiences. Jenkins’ chromatic rings were a somewhat eccentric and bold means to address this problem. However, to date there are no known instances of Jenkins’ theory being put in to practice. It remains an entertaining and whimsical diversion in his expansive writings.

Contemporaneous to the publication of Jenkins’ musings in 1898 on the other side of the Atlantic, a local newspaper in Aberdeen announced ‘the happy combination of the cinematograph and the kaleidoscope, both being in operation at the same time’ (2). The exhibition was organised by Walker & Company, a local institution that built its reputation in the 1880s and 90s as booksellers and lantern-slide dealers, before embracing film in 1896. Headed by William Walker (figure 1), in the following years it would become the most renowned and largest film company in Scotland, in part because of its penchant for spectacle and publicity. The remainder of this post will briefly trace the physiological, aesthetic, social and legal contexts of Walker & Company’s innovative use of the cinematograph and kaleidoscope. 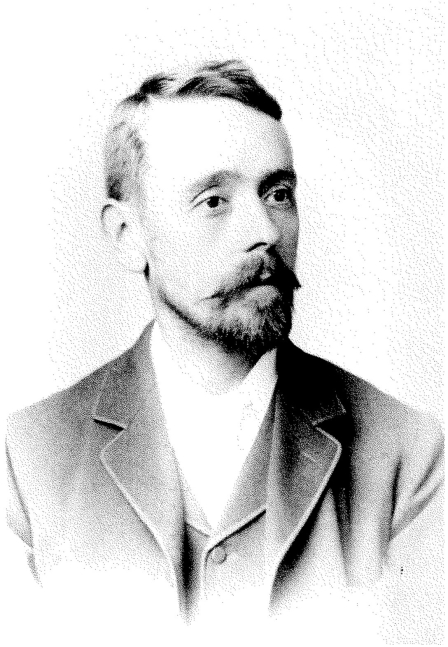 As with Jenkins’ hypothesis outlined above, Walker & Company’s experiments with chromatic lights were in part driven by physiological factors. Figure 2 is a poem that was printed in a local satirical periodical called Bon Accord, which offers an insight into an early film exhibition held in the Aberdeenshire village of Turiff, free from the hyperbole habitually printed in the mainstream press. The disintegration of the operator’s enthusiasm into rueful regret, stresses the significance of technological problems. For film to be accepted as a viable entertainment, it was imperative to find a way to overcome or mitigate this problem. Walker & Company’s use of the kaleidoscope was a means towards this end.

An insight into the aesthetics of Walker & Company’s kaleidoscopic lights may be gleaned from late-nineteenth century trade journals. Kaleidoscope attachments for lanterns were available for purchase, such as the one illustrated in figures 3-6. One single attachment could produce myriad colour effects, in ever-changing patterns and speeds. Exhibitors could also build their own kaleidoscope attachment. The Optical Magic Lantern Journal describes bricolage kaleidoscopes made out of ‘coloured substances’, ‘bits of lace, asparagus leaves’, and, ‘a variety of objects, sometimes broken coloured glass, tubes of coloured liquids, and so on’ (3). These more organic, haphazard and mutable materials are at odds with the more uniform tints of gel filters used in the theatre, or the brush strokes of hand-painted films. Regardless of whether Walker & Company bought an attachment or created their own, no two film screenings were ever aesthetically identical.

Walker & Company did not use the kaleidoscope for every exhibition, nor for the duration of the programme; it was used only for high profile exhibitions marking seasonal events and in conjunction with hand-painted films depicting incarnations of the serpentine dance. The serpentine dance was an immensely popular stage routine, particularly in the 1890s, which involved the projection of an intricate array of coloured lights onto the performer’s body as they manipulated vast swathes of cloth into abstract shapes. Film colourists mimicked such lights by physically hand-painting each film frame. Filmed against a black backdrop, this painted colour gave the aesthetics of the moving images a projective dimensionality that was absent in their black-and-white counterparts: enveloped by darkness, the performer’s painted blushing costume bellowed out towards the camera (4). Walker & Company’s kaleidoscopic lights strengthened this allusion to the routine’s theatrical origins.

Walker & Company built on the dimensional quality of hand-painted films. Three years after their first experiments with the kaleidoscope, in 1901 the company printed advertisements, proclaiming, ‘SENSATIONAL SKIRT DANCE, A delusion, where the Lady leaves the Screen and finishes the Dance on the Platform, under brilliant light-a novelty never before attempted’ [capitals in original text] (5). Kaleidoscopic lights acted as a bridge between film and live performance, with the film giving way to what was described in the local press, as ‘a live young lady who finished the dance on the stage under beautiful, ever-changing lights’ (6). Purportedly, thousands of patrons flocked in attendance for single performances, with the Aberdeen Journal stating, ‘the skirt dancing illusion is looked forward to by the audience, the fame of the pretty spectacle having spread throughout the city’ (7). In addition to the films themselves, early cinema in Aberdeen was characterised by light, colour and live performance.

This spectacular illusion was witnessed largely by film audiences in Aberdeen, due in part to the city’s relatively relaxed exhibition regulations. Municipalities across the country adopted exhibition safety standards to varying degrees. For example, when Walker & Company visited London in 1898 they were forbidden to use two lanterns simultaneously (8). On the west coast of Scotland there were similar restrictive regulations in place (9). In contrast, on the east coast of Scotland, in Aberdeen the only legal requirement was for the venue’s staff to be exercised in the use of fire appliances (10). This routine was largely a localised phenomenon, due in part to the ingenuity of Walker & Company and in part to the variation of licensing laws across the country.

Charles Francis Jenkins’ experiments have rightfully been recognised and historicised, and his writings carefully archived. Whilst Walker & Company are included in the historical record, their stature and ambition is not reflected. This is in part due to the company’s bankruptcy in 1911, and the subsequent liquidation and scattering of its assets through a series of auction sales; there is not an intact archive waiting to be discovered by film historians (11). Walker & Company were the largest and most innovative film company in Scotland during the first ten years of cinema, and their use of kaleidoscopic lights were just one of a series of innovative experiments with film. Colour cinema is more than dye on film stock; its full significance can only be grasped by going beyond the aesthetics of the film image itself. Early colour cinema in Aberdeen had a unique physiological, aesthetic, social and legal context, each of which helped to shape the experiences of Aberdeen’s earliest cinemagoers.

Stephen McBurney has recently completed his Ph.D. at the University of Glasgow. Stephen’s thesis, on Colour Cinema in Scotland 1896-1906: The Materiality of Colour and its Social Contexts in Aberdeen, Inverness and Edinburgh, was funded by the Scottish Graduate School for Arts & Humanities. Contact: sdmcburney@gmail.com

Thanks to Kay Foubister of the Moving Image Archive in Scotland, for the image permissions.