Posted with thanks to Carolyn Rickards and the Eastmancolor Revolution and British Cinema, 1955-1985.

The Fourth International ‘Colour in Film’ Conference took place at the BFI Southbank on the 25th-27th February 2019. The conference has been increasing in scope and scale since its initiation in 2016 with a truly global audience of academics, archivists and specialists in film colour. Full credit to the Colour Group (GB), HTW Berlin and the University of Zurich for hosting a fantastic event.

With such a packed programme, it would be difficult to focus on each individual paper in detail, so the following report provides an overview of the three day conference.

Keynote speaker Tom Gunning provided the perfect introduction to the proceedings, exploring how ‘colour is entranced by cinema’. Gunning discussed the aesthetic properties of colour through art and science, and considered how it operates as a visual perception that is subject to constant variation. This evocation of colour as an ‘ethereal’ concept would reoccur throughout the conference. 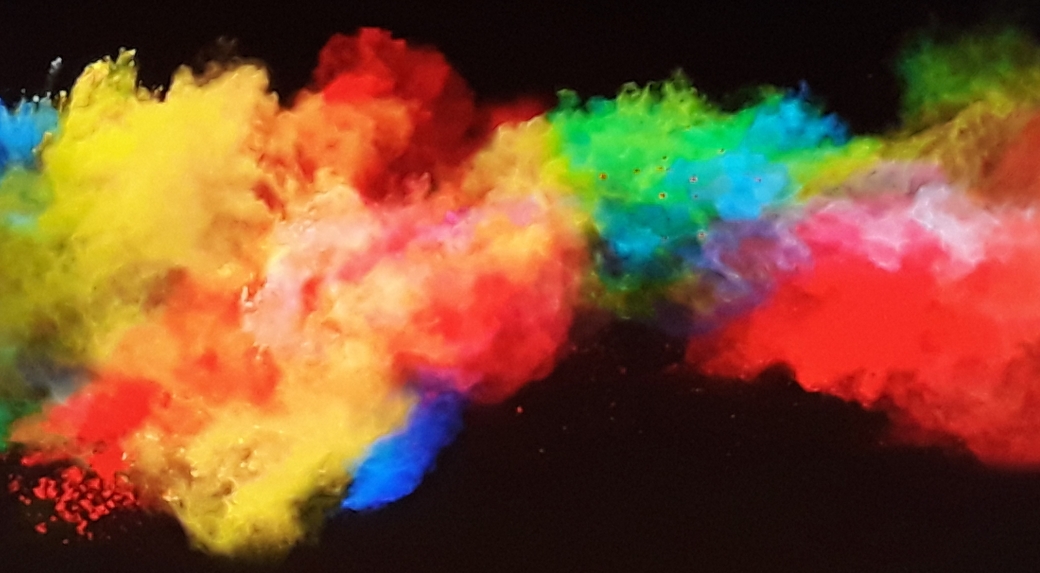 Bregt Lameris discussed the work of French film-maker Éric Duvivier who experimented with Kodachrome in his hallucinatory films of the 1960s, working with Henri Michaux. Lameris showed images of the stark variation between different colour prints that invited questions regarding colour rendition and restoration for non-mainstream films. Tereza Frodlová’s talk on Czech cinema explored the financial difficulties and availability of colour stocks during the 1940s and 50s. The Commission for Colour Film, set up in 1947, developed a practice of shooting in two negatives (an example was a film shot in Eastmancolor and Agfacolor with actors – and animals – required to repeat scenes). The early fashion and costume film was discussed by Marketa Uhlirova with some great images including a poster design for ‘Miss Darling Chromo’, a popular show in France in the late 1800s.

James Layton’s paper delved into the ‘forgotten history’ of two-colour Kodachrome developed by John G. Capstaff and the Kodak Research Laboratories in the early twentieth century. Layton showcased the wealth of materials housed at the George Eastman Museum, Kodak and Twentieth Century Fox with some stunning nitrate prints that have survived from this period. Kodachrome was particularly popular for fashion shorts with the combination of colour and movement used to accentuate materials and textures. The film Parisian Inspirations in Color demonstrated the full effects of this two-colour process in action. 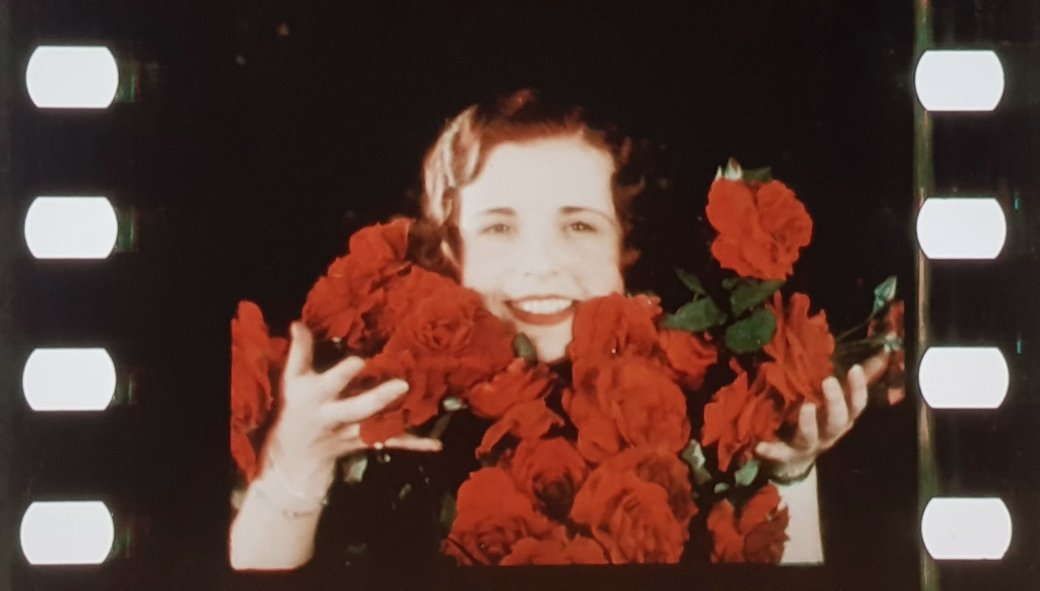 Masaki Daibo and Katsuhisa Ohzeki presented on the work of the National Film Archive of Japan (NFAJ) in restoring early films including Japan’s oldest surviving colour talkie, The Thousand-Stitch Belt /Senninbari (1937). Kathryn Millard considered the ‘colour wars’, looking at developments in colour processes in national contexts and war-themed films post WWII. And Hilde D’Haeyere explored how colour operates in comedy films by selecting moments where colour ‘stands out’. D’Haeyere showed an extract from The Bluffer (1930), a comedy short filmed in Sennettcolor (a relatively unknown two-colour process with an emphasis on red and orange, developed by the film-maker Mack Sennett) which featured an animated ‘blushing fish’ added for pure comedic effect.

Images from The Bluffer (1930) filmed in Sennetttcolor

The aesthetic, financial and technical issues associated with colour restoration were discussed at length during the conference. As Alessandro Rizzi noted, ‘the goal of restoration is to be faithful – but faithful to what?’. Giorgio Trumpy and David Pfluger covered lenticular restoration techniques as part of the doLCE project, now based at the University of Zurich, while Rizzi and Alice Plutino discussed how computer models such as Human Visual Systems (HVS) can be used to quantify the quality of a given image. This led to some interesting conversation regarding ‘authentic’ reproduction and exhibition. The final talk by Julia Wallmüller emphasised this point by stressing the collaborative nature of film restoration. Wallmüller considered the importance of researching historical records, consulting a range of technical experts and drawing on subjective experience when dealing with faded or damaged colour prints.

We were treated to some wonderful screenings during the conference including a digital colour reproduction of The City Without Jews (1924). The film was introduced by Fumiko Tsuneishi and screened to a full house at the BFI NFT 1.

Thanks to Ulrich Ruedel, Elza Tantcheva-Burdge and Barbara Flüeckiger for organising another successful event. Look forward to continuing the debates in 2020!

Dr Carolyn Rickards is a Research Associate working on the AHRC project ‘The Eastmancolor Revolution and British Cinema 1955 – 1985’ based at the University of Bristol. She received her PhD from the University of East Anglia in 2015 with publications from this appearing in the Journal of British Cinema and Television and Fantasy / Animation: Connections Between Media, Mediums and Genres (Routledge, 2018). For further information about the Eastmancolor Revolution project: https://eastmancolor.info/ and follow online @EastmancolorRev. Contact: c.rickards@bristol.ac.uk